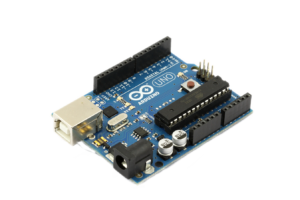 The Arduino ecosystem has been a tremendous boon to the maker/DIY community over the last ten years, but it has also reached a stage of ease and simplicity as well as depth of capability that makes it a good “LEGO set” for serious prototypes.

To the advanced electronics enthusiast, Arduino brings capabilities that would have previously taken months of study and trial and error. But for the professional user, Arduino provides a shortcut that can reduce a prototype project from hundreds of hours to 10 or less and with materials cost in the $100s rather than thousands.

This is a fantastic way to perform viability studies, to get early prototypes tested quickly, and generally shorten the product cycle by getting functioning, testable hardware earlier.

Hooper Engineering is ready to help you with your prototype needs, and it may be less expensive than you think!